Coronapocalypse: Worth the Paranoia? 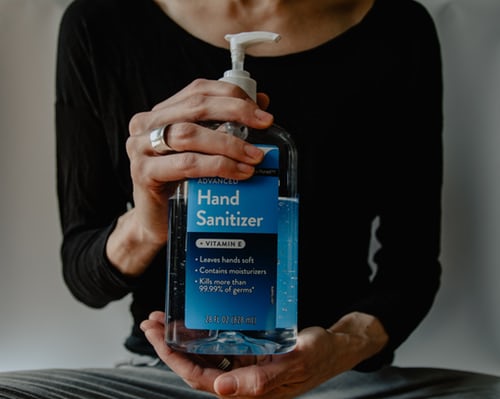 It’s a picture all of us in suburbia can easily imagine–a calm, fluorescent-lit neighborhood grocery store serves as a hub for the midday perusers and stay-at-home moms, stocked to the brim with everything from fresh produce to kitchen appliances. The squeak of cart wheels cheerily rolling on tile floors harmonize with the tinny sound of Carole King and Train being pumped through the speakers. Eager workers wander the store, searching for customers to help. This scene has become a permanent fixture for those of us who were raised in the suburban sprawl, so much so that we can hardly picture a life without it. So what if these epicenters of American excess and comfort were removed from our day-to-day lives? The idea seems almost dystopian, doesn’t it?

What if I told you that this is almost exactly the reality we’re living now?

As insane as it may seem, anyone who’s been to the grocery store in the past couple of weeks can confirm that these stores have been practically stripped bare by frantic, paranoid preppers looking to turn their homes into miniature warehouses as the threat of the coronavirus increases. At first, the panicked purchasing of products such as toilet paper was a joke on social media platforms, leading to countless memes and trending Twitter tags like #toiletpapergate and #coronapocalypse.

However, after President Trump’s declaration of a national crisis this previous Friday, the humor quickly soured into actual concern. Rumors and myths about the origin of the virus and its effects have also begun to swirl around social media, causing readers to boycott Corona beer and Chinese restaurants out of misguided fear. Those who were not initially worried about preparing for quarantine have begun overshopping as well, just to be able to access the products they need before the crazed doomsday buyers snap up the last of everything. As we sit in our homes, surrounded by rolls of overpriced toilet paper and canned goods, the question of whether or not this panic is necessary has arisen–could this virus actually be the end of the world?

In short, no. Rumors of a national quarantine have been debunked by the CDC, at least at present. Shoppers should also stop worrying over a food and supply shortage and buy only what they need to allow stores to be able to provide goods for all customers. “The real reason for things running out is this ‘run’ by shoppers,” Ananth Iyer, a professor of operations management at Purdue University, said in an interview with NBC. “They believe they need more of it and are not sure if it will be available when they want it. Retailers, given demand, will find a way to generate supply.” Essentially, the only issues that should arise from the shopping panic are the shoppers themselves. In an effort to keep stores stocked with enough product for everyone, stores like Walgreens and Target have begun placing limits on high-demand products such as bottled water, hand sanitizer, and Lysol.

The news has also had a major hand in ramping up virus paranoia, using extreme and sensational language to describe the global pandemic. Many news organizations have also been utilizing omission-journalism, reporting only on the amount of deaths the virus has caused (just over 7,000) instead of including the number of recovered cases (over 78,000). “In the media, there’s a phrase that ‘if it bleeds, it leads,’ ” Angel Tuccy, a media exposure specialist at Vedette Global Media in Denver, said in a statement to the Society for Human Resource Management. “News is based on compelling headlines. Viewership increases when there’s hype. Hype drives [reader and viewer] numbers, and numbers drive advertisers.”

Whether or not the virus should be a cause of actual panic or not is subjective. According to the CDC, the best way to prevent the virus is by staying calm, washing your hands, and practicing social distancing, which means limiting social interactions and large group events. Regardless of the level of your concern about the virus, remember to be a good human–keep clean, be patient, and make sure there are enough supplies for those who need them.

For more information regarding the virus in our community and around the world, please visit:

If you want a picture to show with your comment, go get a gravatar.