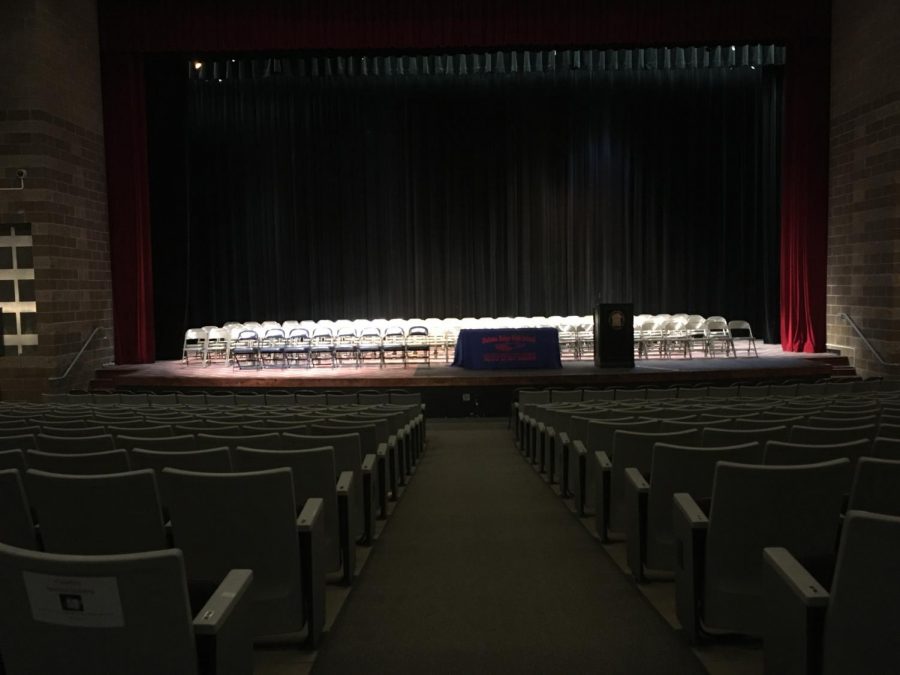 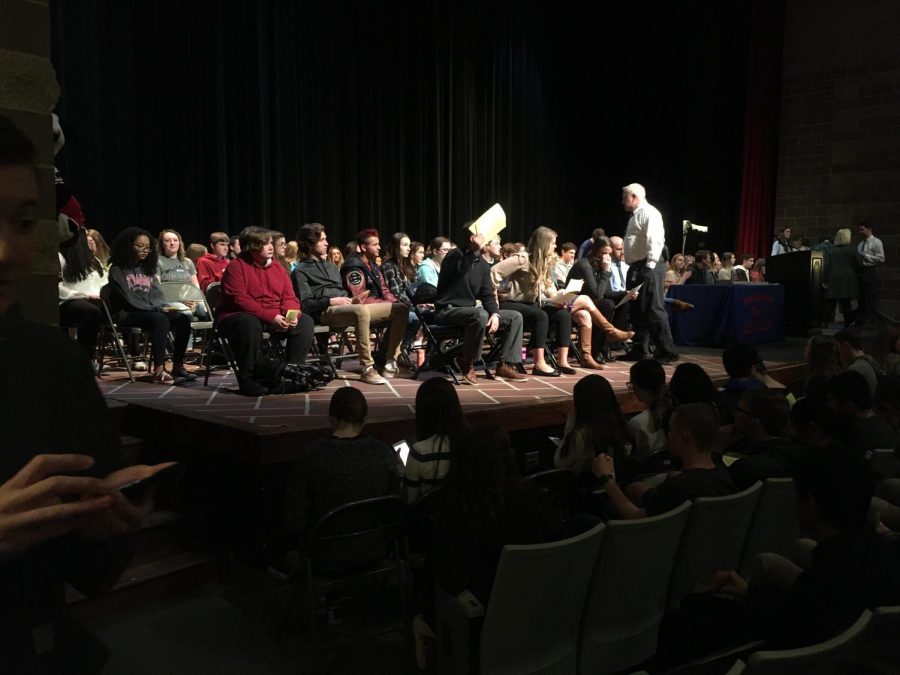 Gallery|7 Photos
Rebecca Harris
“I’ve been on Honor Roll since freshman year. I think moving it to the auditorium was a good idea, but it’s always crowded no matter what since there’s so many parents and incoming students. If anything, I wish there was more time provided to sit down and eat the refreshments and speak to family-usually the students have to go straight to class after or they’ll be late,” Brynn Lemons (12) said.

Parents, students, and administrators came together at Dakota Ridge High School on Tuesday to celebrate the high academic achievements of fall Honor Roll students. This was a day for students to get recognition for their academic achievements by receiving awards for a GPA of 3.8 or higher.

The assemblies of the last two years have been a bit different, due to the school’s new policy of making it optional-attendance for those who did not receive an award and moving the actual ceremony to the auditorium instead of the gym.

The assembly started at about 8:30 a.m. when the Eagleaires  sang the National Anthem. Brenda Lucas, an assistant principal at DRHS, then led the ceremony, explaining how Honor Roll works. “The student body is amazing,” Lucas said.

The ranking of students with high GPAs is placed into two different categories: Silver is 3.8-3.99, and Gold is 4.0+. Students earn a DR chenille letter as one of their awards, which is an additional motivational factor. If students score a 3.8 or 4.0 after they initially letter, they get awarded a pin to put on their chenille letter. Students can earn bars multiple times.

For some students, not making the Honor Roll can be disappointing.  “I am a little bummed out that I wasn’t on honor roll,” Charissa Rawlins (9) said.

Other students, however, have shown a lack of interest through the years which is one reason why the school changed this assembly format. It was also difficult to maintain a respectful tone during the assembly. “People can’t be respectful even for a small amount of time, which is sad, but it’s not fair to the people who put in the work,” Rawlins said.