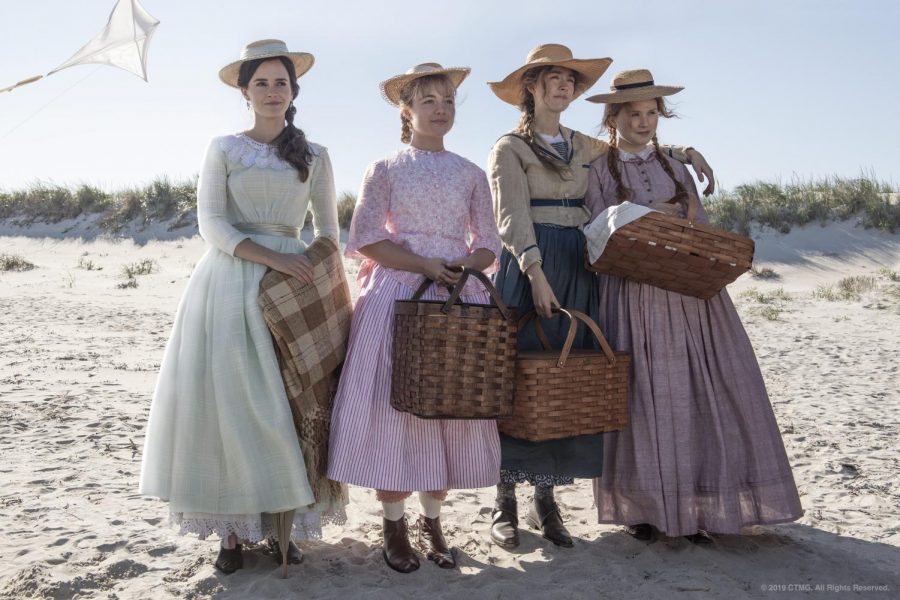 The Timelessness of Love, Growth, and Maturity: A Little Women Review

Historical period dramas are certainly not for everyone. They feature lace-wearing, horseback-riding women who  have a knack for getting pulled out of trouble by some handsome nobleman in disguise. Frankly, they can get a little over-sentimental in their romanticization of the past, often omitting wars and political conflicts to focus solely on the love lives of the movie’s characters.

Despite the canned love affairs of many period dramas, I actually was excited for the release of Little Women. Featuring some of my favorite actors, such as Emma Watson, Timothee Chalamet, Saorise Ronan, Florence Pugh, and Meryl Streep, I knew that the movie certainly wouldn’t be lacking for talent. My one concern, however, was the extent to which the film would preserve the integrity of Louisa May Alcott’s 1868 novel by the same name.

As a little girl, I had fallen in love with the down-to-earth, spunky March family, and felt especially connected to the feisty Jo, who loved nothing more than to write–just like I always have. There have been dozens of TV and movie adaptations of the novel, but none of them had ever truly had the same magic that the book did, and I was worried that the 2019 remake would adhere to the same period drama formula that has become dry to me.

However, despite my reservations, I came to the consensus that the film is a masterpiece. Everything from the costume designs to the nuances of each character were well-developed and beautiful, and I can easily say that it is one of my new favorite movies.

The novel itself hosts a cast of characters as individualistic as any real human being, with the rebellious and intelligent Jo, reserved and artistic Beth, charmingly narcissistic Amy, and measured and gentle Meg living together in wonderful dissaray. Greta Gerwig, director of Little Women, remained faithful to each character in the way that they dressed, talked, and interacted with the world in the film.

The movie was nominated for six Oscars, and it brought home the Oscar for costume design. Each costume, beyond being just beautiful examples of late-1800s design, represents the way each girl presents themselves in the world. For example, Meg dresses in gentle pinks and purples during the beginning of the film, showing her youth and beauty. Later on, as she becomes a mother and a wife and realizes that she has to work for success in the world, her clothes become plainer and more subdued in tone, representing her newfound maturity. This color symbolism is characteristic of all the film’s clothing, including jaunty yellow vests, robin’s egg blue gowns, and violet capes.

The film has a defined aesthetic of its very own, which is a characteristic of other Gerwig films such as Lady Bird (2017). Little Women uses gentle earth tones, peppered with pops of color, texture, and shadow that immerse the viewer in the cozy world of the March family home. This, besides the pure relatability of the characters, is perhaps the reason why the film is so great–it weaves an entire detailed universe out of the fictional town of Plumford, New England (based off of Louisa May Alcott’s childhood home, Concord, Massachusetts).

A challenge Gerwig faced throughout the creation of the film was how to grapple with each character’s concept of independence. During the writing of the novel, Louisa May Alcott incorporated the then-revolutionary idea that women aren’t items of property who need a husband to belong to. Gerwig, in making the movie adaptation, struggled with making this feminist idea prevalent in the film, while still allowing romance to be an aspect of the plot.

One of the watershed moments of the film was when Jo confesses to her mother that while she loves her sisters and her independence, she can’t help but feel an innate need to share her life with someone else romantically. This keeps Jo authentic, and proves that period drama heroines can be their own people and still want for love.

“…the speech Jo gives [to her mother regarding her want to be loved] is from another book Alcott wrote. I believe it’s Rose in Bloom: ‘Women have minds, as well as just heart; ambition and talent, as well as just beauty. And I’m so sick of people saying love is all a woman is fit for.’ But then I added ‘But I’m so lonely,'”Gerwig said in an interview with Film Comment on how she managed to develop the connection between Jo’s feisty independence and her vulnerability.

Each character learns and grows into themselves in their own way, from learning that life isn’t always Christmas cakes and daisy chains, to realizing that no matter how hard failure strikes, the sun will rise the next morning. These messages are positive reminders that hard work and perseverance are the most surefire ways to become successful in the world. Though each character’s achievement of success is different, everyone ends up at a point in their lives where they are truly and honestly happy with who they have become.

Those who have reservations about period dramas might see this movie as another sappy coming-of-age romance film, but Little Women transcends the rudimentary ideas of love and maturity–it reaches into your soul and causes you to question what you believe and who you are in the world.  I can genuinely say that it was one of the most profoundly touching, artful movies I’ve ever had the delight of watching.