Dakota Ridge Soars in a League of its Own 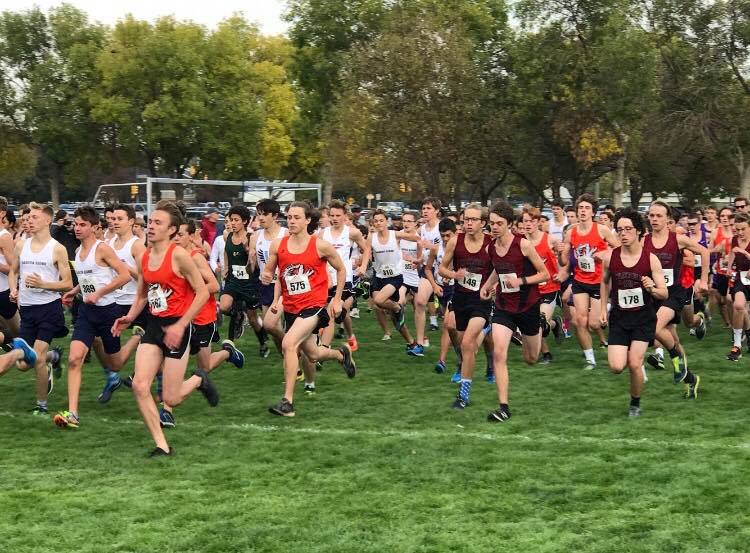 The morning of Oct. 11 was utterly freezing, although the temperature was nudged slowly upwards by the passing hours. Disregarding all signs of resistance, per usual, Dakota Ridge Cross Country suited up for the Jeffco 5A League Championship at Clement Park, with aspirations in mind to dominate League once again. The course, a repeat of the earlier Dave Sanders meet, presented a unique opportunity for all athletes to run their absolute best. It is safe to say those aspirations of triumph were realized, with the boys varsity squad taking home 1st place and girls varsity grabbing a hard-fought 4th place finish.

Muddy conditions adversely greeted the runners in the minutes leading up to the boys varsity race at 2:00 PM. Thankfully, nearly perfect running weather was produced by a temperature in the low forties and sporadic gusts of refreshing wind. Coming off the arduous Fountain-Fort Carson meet just five days earlier, Dakota Ridge faced a mixed-bag of circumstances.

As soon as the gun fired at 2:00p.m, the Boy’s Varsity team was reaching peak velocity, hungry for the coveted league title. Austin Vancil (12) placed second with a scorching time of 15:17, and his partner-in-crime, Connor Ohlson (11), was not far behind, taking third place. To ensure an outstanding score, Benjamin Piegat (11), Jacob White (10), Riley Abrashoff (12), Wyatt Oglesby (11), and Ben Morrin (11) placed 5th, 6th, 7th, 17th, and 20th, respectively. Yet another dominant showing from Dakota Ridge XC’s finest punched their ticket to Regionals. Just 50 minutes later, Girls Varsity embarked on their race as the sun was beginning to push through the clouds. Led by Lucy Pidek (12) at 8th place, the girls also placed Zoe Plechaty (12) at 10th and Lauren Dynda (9) and 15th.

Starting the second half of 5A races was the Girls Open, who thundered to a second place team finish in a tightly contested battle for the top four spots. Hannah Kurtz (10) led the team placing 9th, with Maggie Anderson (10) and Sydney Hoffman (12) finishing just a few seconds behind. On the boys side, Drew Valerio (12), Dugan Litchkowski (10), and Ethan Straub (10) jetted ahead of the competition from the get-go, trudging through the mud and far away from the competition, sweeping the top three spots. The Boys Open team placed first overall, trouncing its competitors.

“The race was fantastic,” says Levi Baxter (10), who placed eighth in the Boys Open race. “The boys’ side took both dubs [victories] and there were many PR’s [personal records] on each side of the team. It was another good job for Dakota Ridge Cross Country because we really killed it on a course that was muddy and wet.”

Baxter’s opinions were echoed by dozens of laughing team members feasting at Chili’s afterward; escaping the downpour at the end of the meet. For many, League was the last cross country race of the season, and it illustrated how much they had improved since the season started in August.

By the onset of the evening, the gray clouds that filled the sky had begun to part in order to reveal the sun, but the opening was overshadowed by a violent rainstorm. As the drops began to go their separate ways, a striking rainbow appeared as the sun showed its face once again. In retrospect, the weather on Oct. 11 couldn’t have summarized a cross-country runner’s journey any better. 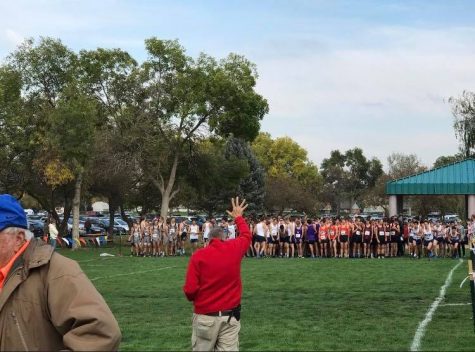 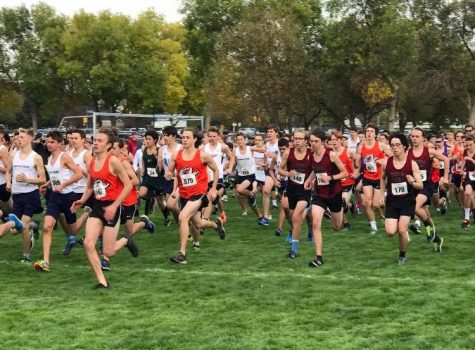 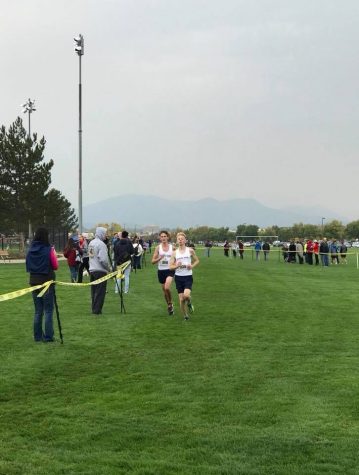