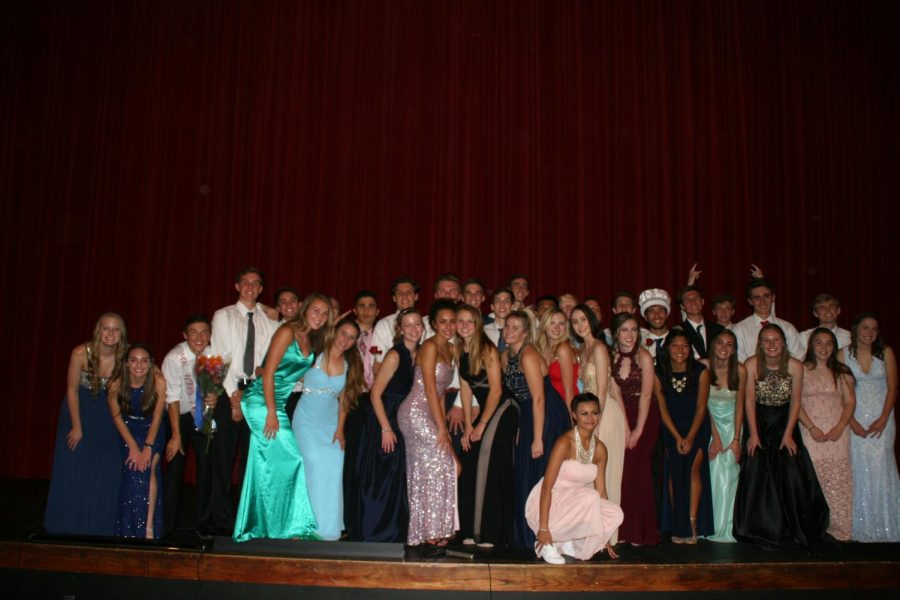 Mr. Dakota is a decades old tradition for seniors.

With Homecoming quickly approaching, students and administrators are beginning to fine tune all of the details for the upcoming week. The Homecoming planning was going smoothly until the Mr. Dakota  preparations came to a halt last week.  In an attempt to push Dakota Ridge High School towards more inclusivity, a suggestion to change the name of the event was presented, excluding the “Mr.” and adding a less gender-specific title.

For some, this change didn’t seem like a big deal — they felt it was just something DRHS should do.  For others, that change represented “breaking tradition.” Due to these differing opinions of what should happen to the Mr. Dakota name, arguments arose.

“As the activity director, I met with Student Government, and I had concerns that Mr. Dakota wasn’t inclusive because it does not include our female students or any other students in how they identify,” Assistant Principal and Activities Director Rachel Parker said. “If they want to participate they would be what’s formally known as an escort, or basically a sidekick, and so I kind of challenged Student Government to see if that’s something that they wanted to change, and we talked about if it’s accessible to all students, and they said ‘no,’ so we talked about the possibility of changing the name and offering the potential for other students to participate.”

With this attempt at a name change occurring so abruptly, many students were left questioning why DRHS would make that decision now, so close to the event. One factor could be attributed to the world around us changing and Dakota striving to keep up with the times to become more inclusive. Organizations are trying to take steps to become more inclusive, and traditional gender roles are diminishing by the second. Dakota has taken steps towards inclusivity in many ways, whether it’s changing the gender norms at Prom so there can be two people of the same gender as the royalty, or even just using preferred pronouns for staff and students.

“When it comes to the name of Mr. Dakota changing, I don’t think it is really that weird or matters in the grand scheme of things that much,” senior Tess Betman said. “It is just a name and the event is still the same thing. There is so much controversy surrounding this issue because people feel weird about change. People don’t like change.”

Dakota students are reminded throughout their four years of high school that it’s important to “Leave a Legacy,” and students are challenged with deciding on the kind of legacy they would like to leave. While some argue for deviating from the past, others support maintaining traditions, fostering a clash of strong ideas.

“I honestly thought the potential for a name change of Mr. Dakota was stupid, and that we should keep it the same knowing that it is something for senior boys to participate in,” senior Mackenzie Wood said.

Junior Rhys Mallory disagrees. “I think that if they choose to change the name of Mr. Dakota next year it will affect if I choose to participate or not, but in a positive way,” Mallory said. “I want to leave a positive impact on Dakota Ridge, and a big part of that starts with taking steps towards a more inclusive school environment where anybody who wants to compete in something has the option to regardless of gender identification.”

Parker says that due to the timing of Homecoming events this year, nothing will change for 2022. In future years, though, there are plans to bring more students and staff into the discussion so everyone can be a part of creating Dakota’s future.