As the End of Fossil Fuels Approaches, What is Being Done? 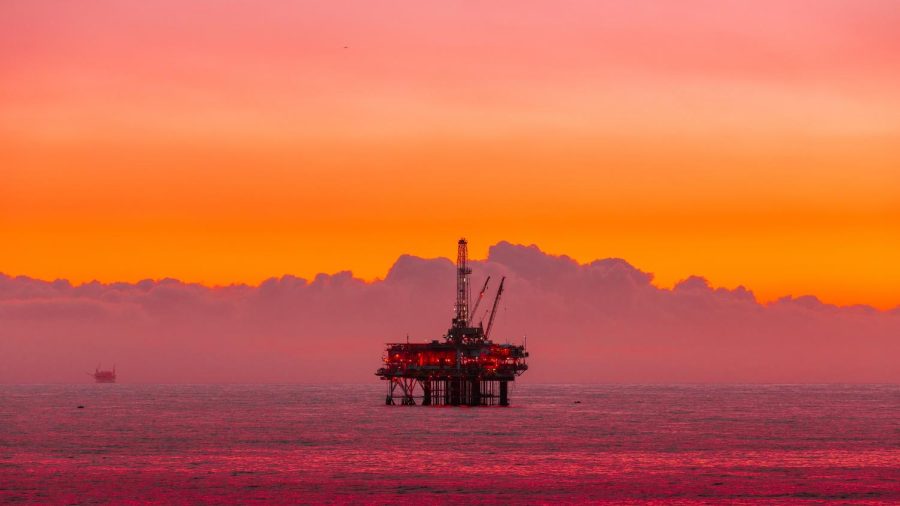 Is the world coming to an end, or do we still have a hope? Is the glass half full or half empty? Does the glass even stand a chance? Questions like these are ravaging the minds of many people throughout the world on the topic of climate change. Whether the concern is for the Earth’s well-being or one’s personal pocketbook, there is no doubt about the need for a continental shift in many industries around the world.

Each industry, whether it be transportation, energy, or agriculture, plays its role in the climate game. From fuel usage to carbon footprint, each aspect must be analyzed in order to comprehend the larger picture. Let’s start with the transportation industry.

Picture this, a highway jammed-full of traffic. Bumper to bumper, each car urging the one right in front of it to creep forward just a couple more inches, as if it will make a difference. Not only time consuming, this traffic jam is the epitome of the inefficiency of many vehicles. While idling, roughly every two minutes the comparable amount of fuel needed to travel one mile is consumed. A ten-minute traffic jam just got a whole lot more costly.

Every day, 88 million barrels of oil are consumed worldwide. This includes making gas, powering factories, and many other manufacturing related concepts. Where did this huge reliance on a non-renewable resource begin? Well, it started in the 1880s when coal was burned and discovered to be able to power factories. This innovation rapidly spread to housing complexes as a replacement for wood burners and other unsafe methods. Unknowing of the consequences, more and more inventions were based upon the use of oil. Fast forward a little more than a century later, combustion engines rule the world. Powering planes, cars, boats, trains, and many other transportation devices, there is obviously a huge reliance on this innovation.

How does this reliance relate to the actual carbon emission output? It seems that only roughly 20% of worldwide carbon emissions can be traced back to transportation. Why is climate change an issue? What seems to be such a prominent factor in our daily lives only amounts to 20% responsibility. Well, it turns out that 80% of the world’s energy is produced by fossil fuel resources, a significantly larger amount. Around the world, coal is burned, natural gas is burned, and pollution is released.

How long can this habit be sustained? Well, to be exact, there are 51 years of oil reserves remaining, and this is the international amount. Demand is yet increasing as fuel reserves dwindle. There is simply not enough oil to support our current consumption rates.

So what are the options? What is being done? Technically, a large amount of procrastination.

At the 2021 UN COP26 Climate Conference, much was agreed to, but much was also left wanting. According to CNBC, the two week conference ended with some significant accomplishments, including new pledges on methane gas pollution, deforestation, coal financing, as well as completion of long-awaited rules on carbon trading. However, CNBC also stated that “Climate scientists, legal experts and politicians argue the final deal out of Glasgow resulted in incremental progress inadequate to address the climate crisis.” This global procrastination comes at a crucial point in the world’s fight against climate change. As climate activist Greta Thunburg said, according to a BBC article, “It is not a secret that COP26 is a failure. It should be obvious that we cannot solve a crisis with the same methods that got us into it in the first place.”

Speaking the mind of many politically mis-represented young individuals, Thunburg urged protests to occur once more in support of a drastic change and carbon emissions cuts, “unlike anything the world has ever seen.”

How do students at Dakota Ridge High School relate to this issue?

How are we to interpret this? Are students motivated to get an electric car simply because of their technology, or is the overarching goal of climate change the main source of their ambition? According to sophomore Walker Moench, it’s all about the money.

“As of right now, electricity [is better],” said Walker (10). His current 1994 Ford F-150 costs him about 125 dollars a fill-up and is seriously making him consider purchasing a different vehicle.

But how do the different types of cars compare in a cost comparison? Car and Driver decided to take this debate among themselves, specifically within the car realm. According to their research over a three year period, electric vehicles are less costly in both maintenance and fuel (charging) than their combustion engine counterparts. However, depreciation is a much larger factor among electric cars since there is constant new innovation coming out, thus out-dating older models at an increasingly quick rate. In the end, Car and Driver concluded that owning an electric car is just a little more expensive than owning a gas powered car, yet as the years go by, they predicted that an electric car might overtake the cheapest car title due to their low maintenance requirements. Another specific detail was the federal tax credits. A $7,500 rebate has been taken for granted in the past for electric car buyers; however, the 200,000 car-cap-limit has been reached by several manufacturers and is not going to be extended.

The future holds an unforetold story. The resources to find new ways of energy production are possessed, and many people are urging change. While populations boom and oceans rise, there is not yet a specific solution. Wind energy is not efficient enough, water energy is not applicable to the whole world, and natural gas is not completely renewable. Lithium batteries are a great start, eliminating pollution once built; however, they are not completely blame free either. As elections come and go, if you have concerns about this issue, both Climeworks  and  Tradewater are great organizations to donate to. If we are to preserve our Earth, and stop neglecting an issue that could be more deadly than World War Two, it takes each and every one of us.