The Difference Does Not Define the Person 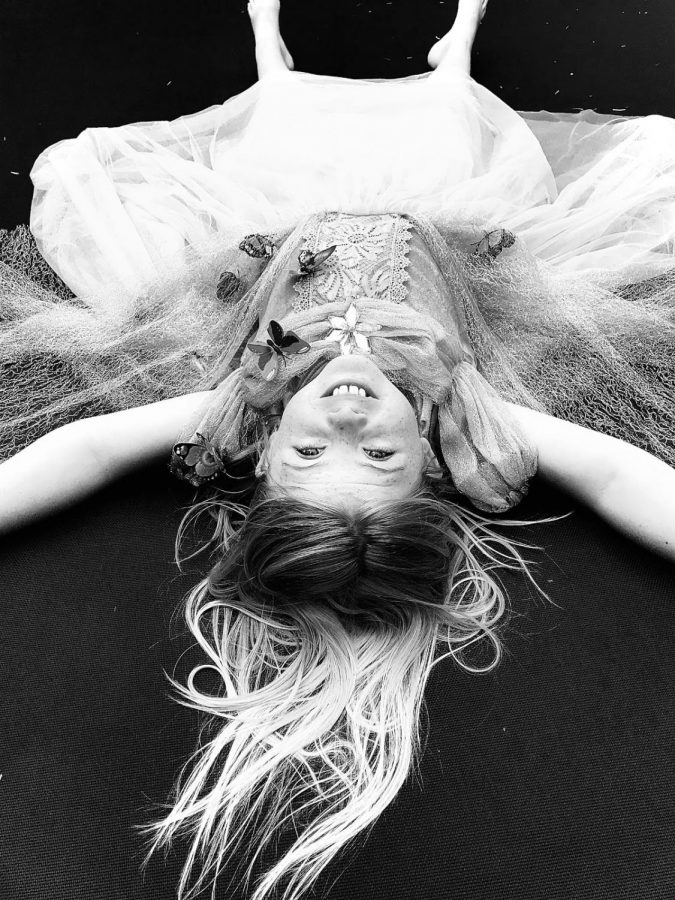 I wake up in the morning, not from an alarm clock or birds spouting their tunes, but from a soft voice and bright blue eyes up at 5:45 am; daily.

My nine-year-old sister, Lexi, was born with an unbalanced translocation of chromosomes 6p and 4p. She is diagnosed with autism, developmental delay, and ADHD. This affects her speech, behavior, physical abilities, and more.

We used to not go to Texas Roadhouse for dinner, for fear of the loud birthday cheer that erupts about five times during a single meal. It was too overwhelming for Lexi, and it made the rest of my family pause and look at the world from a new perspective.

The lack of societal understanding regarding those with special needs is in dire need of addressing. The first thing to discuss is what special needs actually entails.

ASD often doesn’t affect the appearance of the person with the diagnosis, but may affect how that person communicates, interacts, behaves, or learns. ASD can sometimes be detected at 18 months or less, but many people are diagnosed much older and miss out on vital help.

Schedules, routine, and familiarity are often relied on by people with ASD.

I can already tell you the answers to many questions asked of my sister.

Without fail, Lexi has her day planned out before her.

My biggest fear is Lexi’s entrance into the real world, seeing the harsh nature of the middle and high school youth. The stereotypes, fear, and ignorance surrounding people with special needs are astounding, reflected in media, and even in casual conversations I witness.

“I’ve been on sports teams where I was belittled because of my inability to speak or understand a play,” Lexi’s father Eric Peterson said. Peterson also grew up with struggles in literacy and taught students with special needs. “It took me so long to overcome, I had to go over the playbook four or five times more than the average kid.”

One of the most prevalent issues is the excessive use of the “R” word, Retard.

“Mental Retardation” was introduced in 1961 for people with intellectual disabilities, only changed recently in 2010 with former President Barack Obama’s signing of “Rosa’s Law.” This legislation changed the term to “Intellectual Disability” to increase inclusiveness.

While the formal terminology has been altered, the R-slur is prevalent in society to this day, utilized as a form of bullying and as an insult.

While some people casually throw the R-slur around amongst friends, it still does its job of putting down the people who can’t control what they were born with. The word implies that the only trait of people with special needs is, “stupidity.”

Regardless of the word being used in no intended offense, it will always be associated with people with disabilities.

Media and popular culture do not do well to open society to people with special needs, portraying prevalent stereotypes and derogatory language.

According to Special Olympics, when social media users posted anything related to intellectual delays, 7/10 were negative, and 6/10 had a slur.

In movies and books across history, people with noticeable differences are placed in select roles that make that difference the sole personality of the character. For example, people with special needs are often placed in roles of the villain (Joker), the hero (only because of the disability), the victim (Tiny Tim), the eternally innocent (Forrest Gump), or the butt of a joke (any movie where the person with special needs is bullied).

The fact is, characters and representation must portray that each person with special needs is still a real individual, and the difference is not their defining feature.

“As humans we get stuck on differences,” significant support needs (SSN) teacher Sarah Ladd said. “These are first and most importantly just amazing people, and giving any person a label that sets them apart can only cause harm.”

When people ask me about my sister, I never mention the status of her developmental delays or updates on her ASD. I talk about her new favorite movie, her costume of choice for the day, or the toy that’s holding her attention most recently. I talk about her personality, because she is, in fact, a person.

“Everyone’s dealt some weird hand, and you just have to learn how to play it,” Peterson said.

The latest media filled with controversy is Sia’s movie, “Music.”

This film has outraged a lot of people in the autism community and its allies. Why?

The movie cast a neurotypical actress (Maddie Ziegler) in the role of an autistic character, conveying scenes where the character is restrained in attempts to calm her down and has Ziegler stereotypically exaggerating the movements of someone with physical delays.

The first issue here is the portrayal of restraint usage. The autistic community condemned the inclusion of such a scene, having already been in the fight to end restraints, with past instances of trauma and death.

13-year-old Max Benson died in 2018 after the staff at his school restrained him facedown for hours, according to The Washington Post.

16-year-old Eric Parsa, diagnosed with severe ASD, died after deputies sat on him for nine minutes while attempting to restrain him, according to The New York Times.

While there is a possible threat to the safety of others during an episode of someone with special needs, new steps must be taken to ensure the security of every person.

As well as the controversial restraint usage, “Music” also failed to involve people with autism in the production process from the beginning, according to USA Today. Because of this, Ziegler’s portrayal of autism was uneducated and based not on genuine people with autism, but on internet showings and possible stereotypes.

It is important that autistic stories are told, it just means that people with autism should be a part of the process in order to truthfully be represented.

Since the movie has come out, there is a new disclaimer clarifying the issue, Sia has deleted her Twitter account, and the topic has been discussed by many who seek to rectify the error.

Film advocates for the autistic community do recommend movies and films such as “The Reason I Jump,” “Loop” (which I have personally seen and love), and “In a Beat.”

“Peanut Butter Falcon” is another film that has an amazing representation of special needs, with an actor that actually has Down Syndrome.

In order to improve the portrayal and representation of the special education community, everyone must take steps to become more inclusive.

“This seeing of and naming of difference is not how we change fear… about people who are not the same,” Ladd said. “I think that this idea goes for so many of the problems we have in the world.”

According to Special Olympics, when discussing or talking about people with special needs, the person should always come first; the individual should be seen over the disorder.

There’s no need to say “suffering from,” or “victim of,” because these are differences people are born with, cope with, and learn to live with.

Above all, just know it’s okay to ask a person with a disability the terminology they prefer, because it’s always better to learn than jump to conclusions and insults.

In a perfect world, there would be no misrepresentation of people with special needs, and society would realize that everyone has their own differences. It’s just the ignorance for people that are noticeably different that needs to end.

In a perfect world, I wouldn’t fear Lexi’s school experience, I wouldn’t tremble at the thought of her being bullied, and I wouldn’t question her future.

To change the course of society, we have to stay educated, inclusive, and love Lexi and those like her for who they are: people.