Pentatonix Surpasses Expectations with New Release “The Lucky Ones” 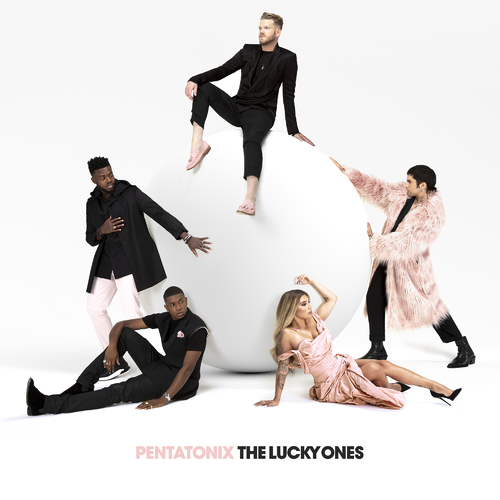 The album cover for “The Lucky Ones” captures the creativity and pop of the new release for the acapella group Pentatonix on February 12th, 2021.

For their tenth year as a pop acapella group, Pentatonix released their latest album, “The Lucky Ones,” on February 12th. Full of fun tunes to dance to and positive messages, “The Lucky Ones” is a perfect release for an outgoing start to 2021.

I’ve listened to Pentatonix since elementary school, drawn to their astounding skills to produce such fabulous acapella music. This latest album has extended these talents into the new year, with original lyrics that are both relatable and great to sing along to.

Kicking off with “Happy Now,” the album begins in an upbeat tone, resounding relatable hopes; “I wanna be happy now.” The following song, “Love Me When I Don’t,” is also a fun tune that puts me on my feet. This song includes many of the group’s voices for a universal expression of their positive message, boosting good feelings.

Overall, the album manages to paint a smile across my face. “Coffee In Bed” includes a slightly more electronic style, still maintaining the exciting pop of the rest of the album. With a simple theme, but easy lyrics to pick up quickly, this fantastic song is my favorite of “The Lucky Ones.”

Formed in 2011 in NBC’s The Sing-Off, Pentatonix used YouTube to grow to their current 18 million subscribers. All ten of their releases have reached the Top 10 on the Billboard Charts, and the group had a fun cameo in “Pitch Perfect 2.”

“The Lucky Ones” is the groups’ second original album, released with the current five members, slightly different than the original five in 2011. In 2017, the bass singer, Avi Kaplan, left the group to pursue personal goals, allowing Matt Sallee to take over bass in the same year.

This album does have its faults, however, as most albums do.

I personally don’t enjoy parts of songs that sound as though an entire audience is singing along with the artist. “The Lucky Ones” just happens to have multiple pieces that use this style in various parts, temporarily shutting down my positive attitude.

This original track also tends to become repetitive in some lyrics, such as in “Be My Eyes” (not the best song in the album). After I’ve absorbed the theme and the idea of one song, I find myself impatient and entirely ready for the next.

“The Lucky Ones,” though it contains certain songs can be repetitive in themselves, overall does well to include a variety of each member’s voice and a diverse array of style across the tracks. From Kirstin Maldonado, the mezzo-soprano singer, to Scott Hoying (baritone), to Kevin Olusola (cello), nostalgic voices and sounds influence this work.

“Side,” my second favorite in the album, portrays a more subtle beat, with a great show of Pentatonix’s acapella skills. Fans of the groups’ rendition of “Hallelujah” will most likely enjoy this song. Beautiful bass and goosebump-inducing lyrics make it a fabulous listen. The tenor of the group, Mitch Grassi, sings for most of the song, a perfect choice for the style. Grassi is my favorite in Pentatonix, and this album did well to convey his unique voice, satisfying all my hopes for the release.

The album ends with the final song, “The Lucky Ones.” A slow, fun tune at first, the energy rises as the song progresses, creating an inviting style. This song conveys a final appreciation for support and connections within and outside of the artist, inducing tears and nostalgia in someone such as myself that has listened to the group for years.

Merchandise for the album has already been released, and I have to say that I’m in love with the album cover. Simple, yet stunning, the image perfectly captures the togetherness and creativity found in the track.

“The Lucky Ones” is an amazing album to listen to when in need of positive energy or something to dance to. The final song wraps up the feelings and story of Pentatonix’s journey thus far in a gentle and heartfelt way.

“Look how far we’ve come… Still can’t believe we were the lucky ones.”