The Mandalorian: Profitable Enough to Last? 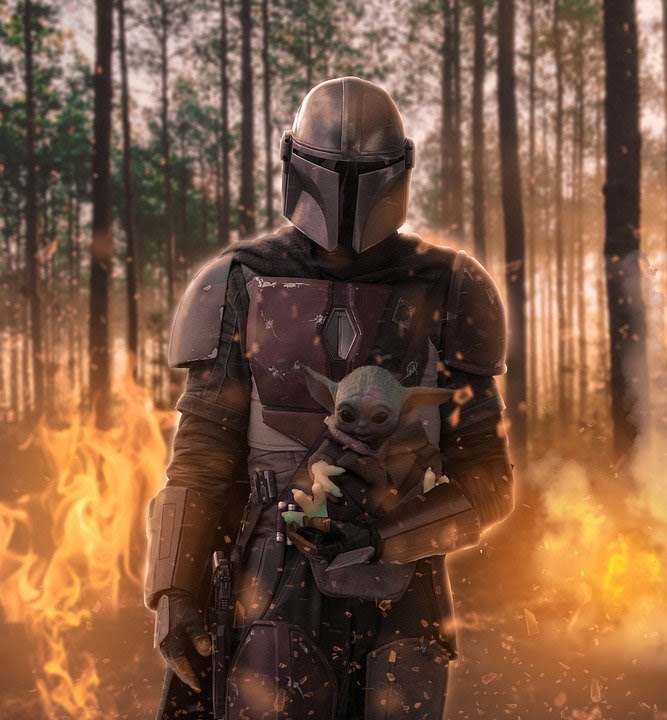 “ I think the show is a great extension of the Star Wars universe and introduces a lot of new intriguing characters along with the new plot line,” Caroline Donnelly (10) said.

The new show, The Mandalorian, has had a great impact on many Disney+ users. The show is an addition to the popular Disney production of the Star Wars series. The show takes place after Return of the Jedi and before The Force Awakens, and is focused on the Mandalorians, a group of fictional characters that are associated with the planet Mandalore, from the original Star Wars Universe.

As the movies have developed a massive fan base and cult following, viewers expected that the new show would bring in a lot of revenue. However, due to the large budget and the cheap cost of a Disney+ membership, the show is actively losing money per episode, totaling up to a total loss of 2 million dollars.  According to an article posted by Screen Rant, The Mandalorian had a budget of $12.5 million per episode of the show, adding up to $100 million for the 8 total episodes that they produced.

“If the studio had chosen to collectively combine and shorten season 1 and created it into a movie that would be released in theaters instead of online, I feel that the studio could have made a lot of money,” Cody Colbenson (12) said.

Due to the costs most people spend on movie tickets to see something like this and the costs that the studio is expending to produce the show, there just aren’t sufficient funds. As the ratings are shown to be “off the charts,” the show was expected to bring in a lot of money.

The storyline continues throughout the whole season and adds a new side to the original series. As the new show was released, some new characters were introduced. For example, a character known simply as “The Child” has had a massive impact on pop culture. Known also as “Baby Yoda,” the character has helped cause heightened viewing rates in the show.

“I have always been a huge Star Wars fan so when I heard about the new series [The Mandalorian] I was very excited to watch it,” Colbenson said. “I am not a huge Disney fan, other than Star Wars, so getting Disney+ was never a huge deal, but as the show came out I was eager for the new app and I binged the first season of the show in 2 days, and I can’t wait for the next.”

As many viewers are excited to see the next season of this show, there are speculations online about the show being canceled altogether. Despite speculations, the studio has confirmed that there will be a season 2, scheduled to be released in the Fall of 2020 and the show is already shooting the season 2 episodes. Along with mounting viewer excitement for the next season of the show in general, many fans are also excited to see actor Giancarlo Esposito. Esposito plays the villain character, Moff Gideon, who is expected to play a large role in the new season.

“The show is good, I am excited for season 2, and most importantly I am excited about seeing the development of the adventures that the characters go on.”  Aiden Mauro (11) said.