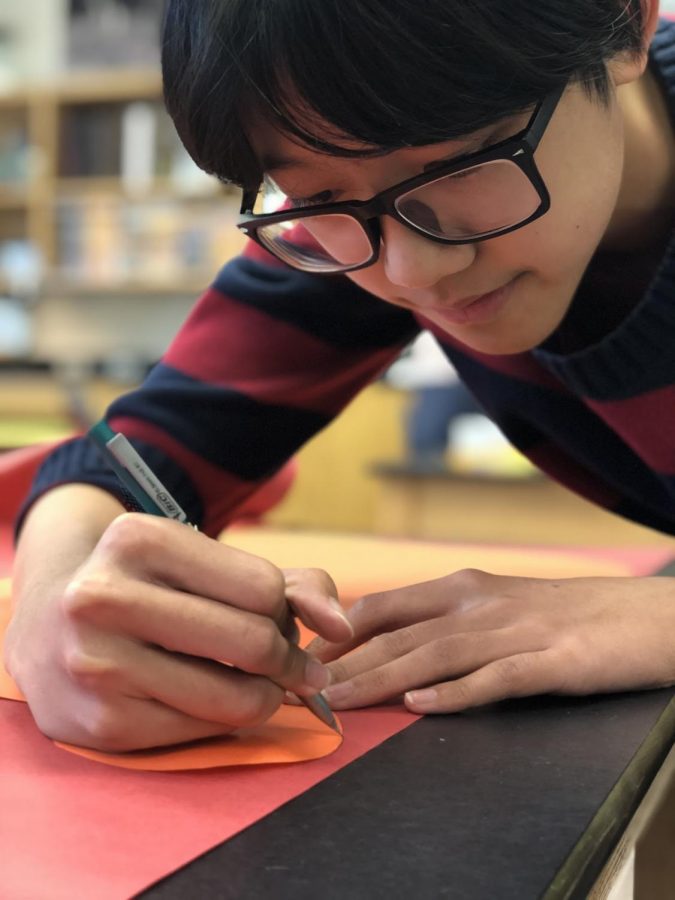 “Freshman year, Key Club helped me come out of my shell,” Bui says on the lasting impression Key Club gave to him. “I’m a lot more confident in myself.” This confidence has helped Bui strengthen the club through his new leadership role.

It’s seven a.m. at Dakota Ridge. The front doors have just been unlocked and the sun is rising slowly up, washing the parking lot in soft hues of gold and pink. Whereas most students are still snug and sleeping on the first Cardinal day of the week, Ryan Bui woke up extra early to run Key Club’s monthly officer meeting.

The four officers, including Austin Yee (vice president), Mia Wegher (secretary), Hailey Choi (treasurer), and Steffan Agne (webmaster), are led by Bui as he discusses Key Club’s next ventures into the new month, including the Craft Fair and Trick or Treat Street programs which Key Club plans, prepares, and volunteers for.

He answers his fellow group members’ questions with a type of ease he gained after four years of Key Club participation. Starting out as just another member, Bui has worked up to secretary, vice president, and finally, in his senior year, as the president of Key Club. 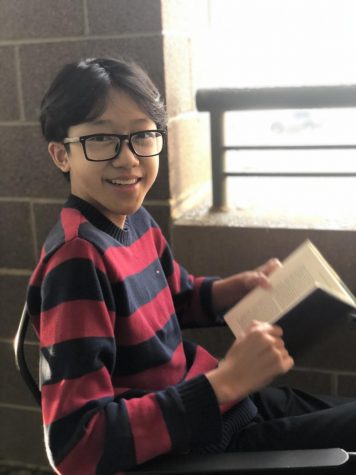 Photo Credits: Brynn LemonsRyan Bui owes his success as a Key Club member and new president to his fellow club members and officers. “I’m appreciative of everyone,” Bui says, “the officers, the members, Mr. Christenssen. I’m so thankful for all of them for helping make this club possible, because without them, the club wouldn’t function.”

Long before this early morning meeting, and well before Ryan Bui ascended into Dakota Ridge’s Key Club presidency, two members of Kiwanis, an adult-led volunteer organization, decided to create a junior service club. This club, started in 1925 in Sacramento, California, would be the beginnings of the now international Key Club.

Bui is in a long line of former Key Club presidents at Dakota Ridge, as well as one of the many members of the international group. Though filling the shoes of previous leaders is a daunting task, Bui faces it head-on. He plans on developing the club into a close-knit family that encourages connections, friendship, and community service.\

“People (volunteer) for the wrong incentives,” Bui says on his relationship with community service and Key Club. He joined his freshman year and, now a senior, Bui has developed a greater love for the club and its vision. “It’s not just a service club, it’s to better the lives of, not only you, but your friends and community.”

Bui is building his presidential year on the foundations of personal connections and relationships, within and outside Key Club. “In previous years, there’s been a disconnect between actual members and officers, and so the actual members don’t feel as included. I’m trying to make it (Key Club) more personal — you can come with your friends, you can meet new people, you can help with service projects.”

Carl Christianssen, the Key Club advisor for the past 14 years, describes Bui as a sort of “cheerleader” by “getting kids excited about doing service projects.”

Especially in October, one of the busiest months for Key Club members, Ryan Bui’s enthusiasm and passion for service is well-needed. October’s Craft Fair, Trick or Treat Street, and Dakota Ridge’s homecoming parade are all helped by Key Club, from decorations to volunteering during the event.

As president, Bui plans and organizes these programs with the help of his fellow officers. Doing so can be stressful and overwhelming when balancing a social and academic life, but Bui makes a point of pushing himself in order to better his surrounding community.

“It’s not a sacrifice,” Bui says, referencing the hard work and effort he puts into Key Club, sometimes at the loss of social enjoyment. “Key Club isn’t something I have to push myself to do. I want to do it. It’s like the saying, ‘do what you love and you’ll never have to work a day in your life.’ And I’m doing what I love.”

Olivia Kirkpartick (12), club member since her freshman year and close friend of Ryan Bui, has seen his ascension into the leadership role. “He’s done well at instigating projects for us to do and following through with those projects on his end,” Kirkpatrick says. “If he invests in something, he completely invests in it.” 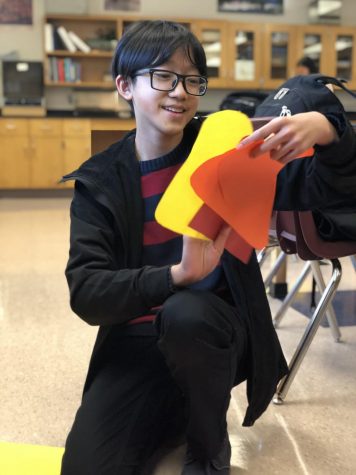 Photo Credits: Brynn LemonsKey Club chose the theme of Trick or Treat Street, Willy Wonka and the Chocolate Factory, as well as setup the decorations, colorful lollipops and sweets, handed out candy, and cleaned up after the event.

“I don’t ever want to cut corners,” Bui says. Key Club is a responsibility he takes seriously, and one that he cares for deeply. “The more you work on something, the more complete it is, and the more people will get out of it. Including yourself.”

Bui has stepped into the leadership role with grace and confidence after working hard for the past four years. He’s unafraid of early morning meetings or stressful time restraints, but instead wields a passion and love for his community, school, and Key Club members.

Every meeting, bleary-eyed and sleepy, Ryan Bui takes the pledge of Key Club, and means it whole-heartedly:

“I pledge, on my honor, to uphold the objects of Key Club International, to build my home, school, and community, to serve my nation and God, and to combat all forces which tend to undermine these institutions.”