The Revivalists on the Rocks 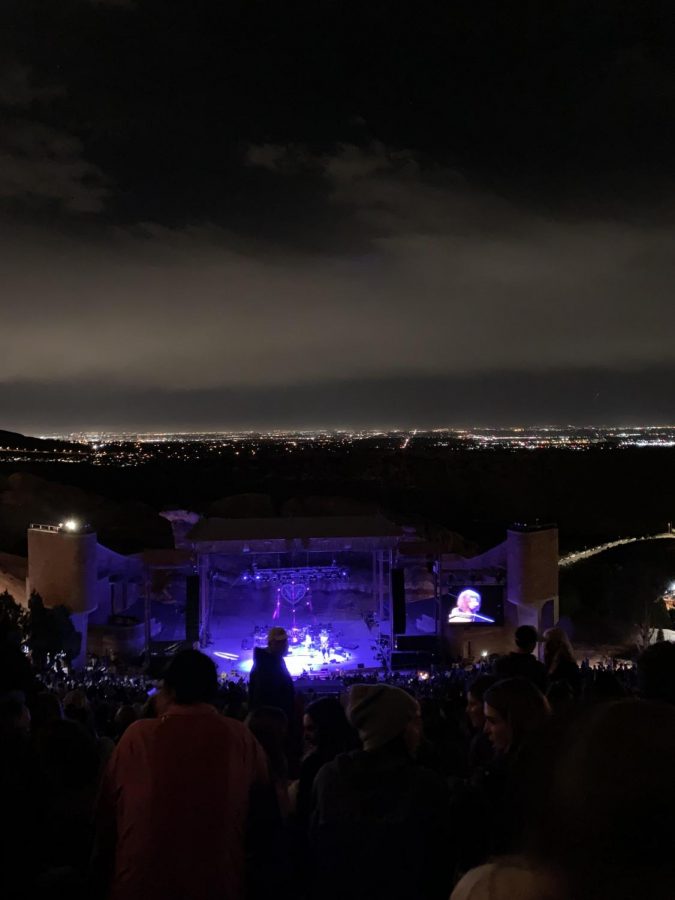 Even when the skies open and the hoodies you’re wearing fill with water and you’re shivering cold and pretty sure you’re getting sick, the concert experience at Red Rocks insists on being the most fun you’ve had in a while. Red Rocks is undeniably iconic as a natural gym, hiking destination, and as a concert venue since its adaptation into an amphitheater in 1947. An artist must step up to the occasion when they’re tasked with playing to a sold-out crowd at the spectacular venue, which The Revivalists definitely did.

On September 21st, the alternative rock superstars took over Red Rocks for what promised to be an intense night. As doors opened, fans began the trek up to the venue, hiking over sprawling concrete hills and climbing red stairs to reach the entry point. Although the climb is arduous, the journey makes the destination all the more rewarding.

Supporting band Anderson East took the stage as night set in, bringing their blend of soul and rock ‘n’ roll to the masses. The crowd fell in sync with the band instantly as they set the folk-rock mood of the night, but the best was yet to come.

Around 9 o’clock, the lights went out and the crowd’s chatter became an anticipatory cheer. This was the second consecutive year where The Revivalists played a sold-out show in Morrison, and they brought the firepower to rival the first. The lights awakened as the band launched into “Criminal,” a deep cut off of their third studio album, ensnaring the audience. As the night progressed, the band moved steadily through a powerful set-list

The opening notes of “All My Friends,” one of the most popular songs off The Revivalists’ most recent album, Take Good Care, began a three-minute journey of triumphant choruses and wailing guitar riffs that spurred singalongs. From there, energy levels only ascended, with gigantic songs like “Change”, “You and I”, and “Catching Fireflies” inspiring moments of singing and dancing. The feel-good energy was contagious, not to be deterred by the coming storm.

As the night grew cold and the sky opened, the audience grew even more vibrant as people danced in puddles, whirling in plastic ponchos. Part of the draw of Red Rocks as a concert venue is its susceptibility to Colorado’s weather; rain, shine, or blizzard, the massive outdoor amphitheater possesses a powerful energy that amplifies the any concert.

The Revivalists were committed to delivering a unique performance for those who chose to dance in the downpour, performing two bonus encores including a cover of “You Can’t Always Get What You Want” by the Rolling Stones. Among the encores, the radio mainstay “Wish I Knew You” turned up the energy one last time, inspiring one of the strongest singalongs of the night.

Red Rocks coupled with a fantastic performance by The Revivalists created an amazing concert, which through the rain and cold, proved to be incredible. The ability to look out over Denver as the sun sets while listening to world-renowned bands is a purely Colorado experience that other venues fail to match. Despite the climb to the top, indecisive weather, and the ever-present crowd of half-drunk hipsters swaying to the beat, seeing your favorite performers at Red Rocks is an unmissable Colorado experience.