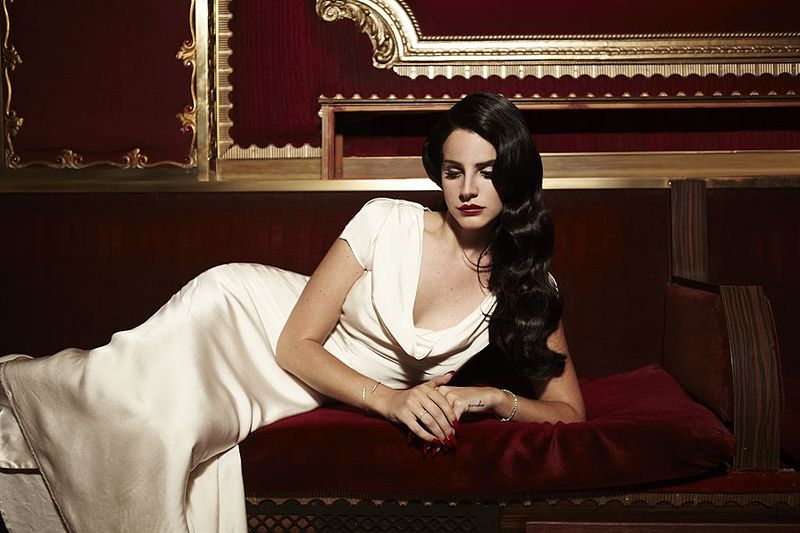 From the nearly-cynical patriotism of her first album, Born to Die, to the slow burning darkness of Ultraviolence, Lana del Rey’s past albums are a tongue-in-cheek comment on Americana: summer rainstorms, sleazy jazz clubs, Fitzgerald books, corrupt society, Diet Coke and bittersweet goodbyes. However, Norman F–ing Rockwell!, del Rey’s 6th studio album, veers away from her typical sun-saturated aestheticism to more of a balladic, introspective look into her self-proclaimed “psychological music endeavor,” and delves into a topic she hadn’t experienced in the past: hope.

Lana del Rey, a native New Yorker, went by her given name Lizzy Grant for the first few years of her career, but broke onto the music scene as Lana Del Rey in 2011 with her pop hit “Video Games”. Since then, she’s risen to international success, her songs making it onto the Billboard Top 100 list multiple times. In 2017, she won the Grammy award for Best Pop Vocal Album for her album Lust for Life. “Norman F–ing Rockwell!” is her first album since, which has been highly anticipated by fans after the release of two well-received singles earlier in 2019.

“Norman f–ing Rockwell,” the title track, starts off the album without the swelling orchestra or the heavily distorted bassline that is characteristic of Lana del Rey–instead, she plays a gentle, folksy melody that transitions into her singing about being “painted in blue” by the iconic American artist Norman Rockwell. In the closing song of her 2017 album Lust for Life, “Get Free,” del Rey speaks about coming “out of the black and into the blue”–a reference she continues to make throughout the entirety of NFR!.

As Lana del Rey melts through heartbroken choruses and hopeful outtros, her journey from “the black to the blue” becomes even more clear as she spins tales of broken men she can’t fix, beaches, warm afternoons, freedom, pain, and the terrible yet beautiful curse that is being alive. She manages to move effortlessly from singing about the “Bowery Bums” of New York City to referring to herself as a “Sylvia Plath”: a mid-20th century poet who killed herself at the age of 30 after having romantic issues, a subtle tie-in to del Rey’s own tumultuous romantic history.

Del Rey also references multiple iconic American singers on the album. For example, “Bartender” references Joni Mitchell’s album The Ladies of the Canyon, Cyndi Lauper’s “Girls Just Wanna Have Fun,” and the American folk trio Crosby, Stills, and Nash. Del Rey bounces from genre to genre in her lyrical references, alluding to American musicians from Kanye West to Led Zeppelin to the Beach Boys, displaying her musical adaptability and the cocktail of influence that comprises her craft.

The 14-song tracklist is studded with soft-rock ballads and smoky late-summer burners, including a cover of “Doin’ Time” by Sublime. “Cinnamon Girl,” the 7th song on the album, is an unabashedly dark song about a girl loving a man who’s addicted to drugs, and being unable to leave him because he was the first man who loved her without emotionally abusing her. The song slides into “How to disappear,” a dream-sequence that spins the hypothetical storyline of the girl who never left the man she loved, eventually growing away from her old life and towards a life with “…a kid and two cats in the yard.” This metaphoric narrative style is characteristic of del Rey’s music, but this album is the first in which she weaves a story of hope, growth, transition, and life over death.

Del Rey’s sixth studio album is a piece of art in its own right, showcasing a rawness and pure humility that hasn’t been heard on any of her previous releases. For her newfound, hopeful artistry alone, I would award this album 9 stars out of 10. While the album lacked a bit of the darkly romantic 50s Americanism that has come to be expected of the singer, it was a stunningly revealing compilation of Lana del Rey’s innermost pain and hopefulness.